What makes Realistic Painting a work of art?

Art, when it has a high level of quality, brings within it a self-affirmation. This statement goes beyond a certain style of art, here the statement is plural and dialogues with an inner human meaning, where art refines and educates not only the individual, but also society.

For Realistic Painting to assert itself, there is a need for the artist to develop a high level of technical and conceptual excellence. In this type of painting it is necessary to develop a sense of order and property where the concept is structured through a coherent technique.

Here we can list three concepts inherent in realistic painting and use them as examples: In the work above is established an information hierarchy, an ordination, the main point is focused on the main character at the center of the composition, where brush strokes more defined in classicist style are presented, while around the main character there are strokes blurry and unfocused with style expressionist.

In this work, the different types of brush strokes were chosen, giving more emphasis to the classicist style as opposed to the expressionist style.

In addition, in Realistic Painting in general, it is also possible to establish hierarchy through different types of visual elements, such as tonal values, textures or colors, everything depends on the intention of which the artist proposes to determine in his artistic statement.

Through the optical illusion the concept of space develops, here space becomes a concept based on the ordering that organizes visual information, thus establishing a visual rhythm from successive pictorial plans that overlap with each other within the composition of the artwork.

The concept of space is established through the use of perspective technique, here the technique can follow several different types of executions, which allows the artist to achieve varied visual results in his art.

However, in Realistic Painting, the correct structuring of the pictorial space must follow the teachings of the Renaissance masters in order to achieve the Excellence of the technique.

I quote here the teachings of two masters of painting: Piero Della Francesca (1415 - 1492), and Leonardo Da Vinci (1452 - 1519). Through these two distinct artists it is possible to observe the different approaches in relation to the use of perspective, the first artist uses an approach based on mathematical projection and the second based on the observation of nature. In the perspective constructed by Piero Della Francesca there is an ordering that converges to a central vanishing point, the composition of the plans uses converging lines that guide the viewer's gaze in a movement from right to left, creating a visual narrative that conceptualizes an intention to portray a logical and rational thought within the work.

Here the tonal values have no protagonism and little or nothing differs through the different visual planes, the protagonism here occurs in the convergence of the lines that build the pictorial space of the work. The Atmospheric Perspective, used by Master Leonardo Da Vinci in this work, creates the illusion of a visual space, where the viewer feels gradually removed from the landscape in the background and closer to the figure of the Gioconda in the foreground. This illusion is possible thanks to the visual information that is gradually abstracted, and that merge with the background of the image conforme as the viewer's gaze travels through the composition of the work.

The construction of the different pictorial planes and the feeling of volume are consolidated in the work through the technique of velatura* glaze technique, thanks to this technique that it is possible to establish the light and dark tonal values.

In the work, the pictorial space built from an atmospheric perspective demonstrates the artist's intention to conceptualize a thought, portraying the natural reality of the landscape and relate it to the human figure.

*Velatura: a thin layer of paint somewhat like a glaze but opaque or semi - opaque rather than transparent.

The concept of movement in Realistic Painting is structured through the planning of the composition of the works, these compositions can be projected from vertical, horizontal, diagonal or spiral lines, and with this a model is generated.

The insertion of visual components within this model is what generates the sensation of movement in the work of art, for the artist the movement determined through an intention ends up by itself being an affirmation in his work.

With the perception of a mental model based on a spatial reading, there is a correspondence with affective situations, this generates in the viewer a complex of feelings of security or insecurity, feeling supported and cozy or  fearing being abandoned, feelings of pleasure and joy or distress and fear . Here, affective situations are identified, and thanks to this identification, spatial forms become symbolic forms. 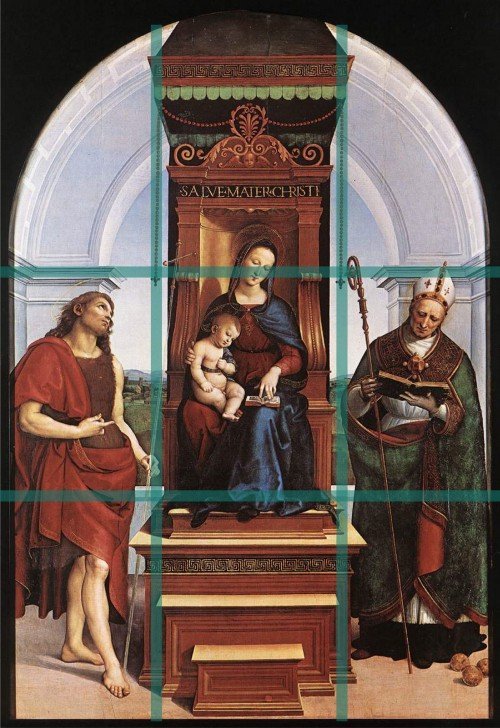 In the work of the Master Raffaello Sanzio it is possible to observe that the composition was designed by the artist using horizontal and vertical lines, the movement of the composition brings a narrative that expresses a vision based on the rational order, a view based on the principles of the Renaissance era which the artist produced his work. 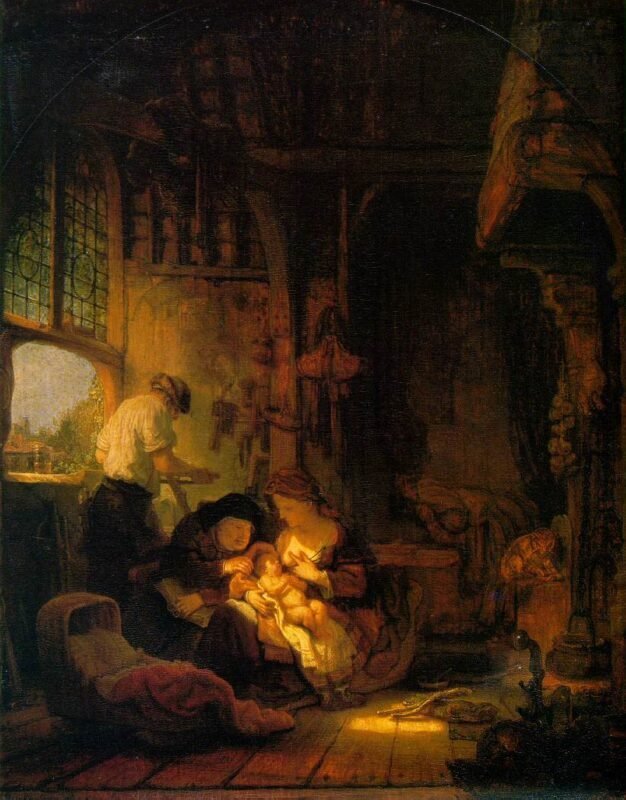 In the work above, Rembrandt brings in his composition a diagonal movement from top to bottom, from left to right, and the representation of the light painted by the artist reinforces the projection of a diagonal line in the composition.

The human figure here is not centralized, the environment gains importance in representation and occupies a greater role in the composition. All these characteristics, when added and observed within the work, conceptualize the artist's intention to express greater emotion and drama in his work. 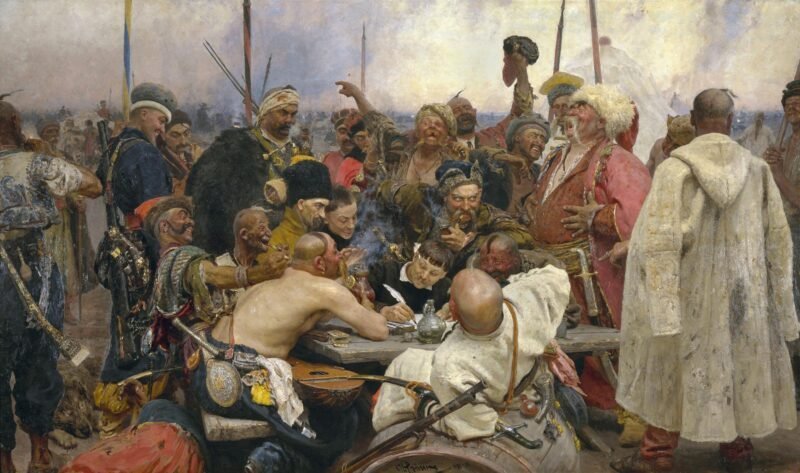 The work of the Russian artist Ilya Repin demonstrates a painting composed of a model based on curved and spiral lines. The scene has a complexity of information, where there is a portrait of many characters in different actions and with different expressions.

Despite the chaos in the image, the scene is pleasant to be enjoyed by the viewer thanks to the composition model used by the artist, here the characters represent visual elements and are arranged in such a way that a spiral movement is generated.

In this way a dichotomy * is born, where there is a structured and orderly model within the composition, which brings the sensation of chaos and disorder. The dichotomy here becomes an intention to claim that the work expresses controlled chaos.

* Division of a concept whose parts are generally opposed.

JONES, Christopher. How Raphael Composed His Paintings. Available at <https://medium.com/thinksheet/how-raphael-composed-his-paintings-724a7208b600>