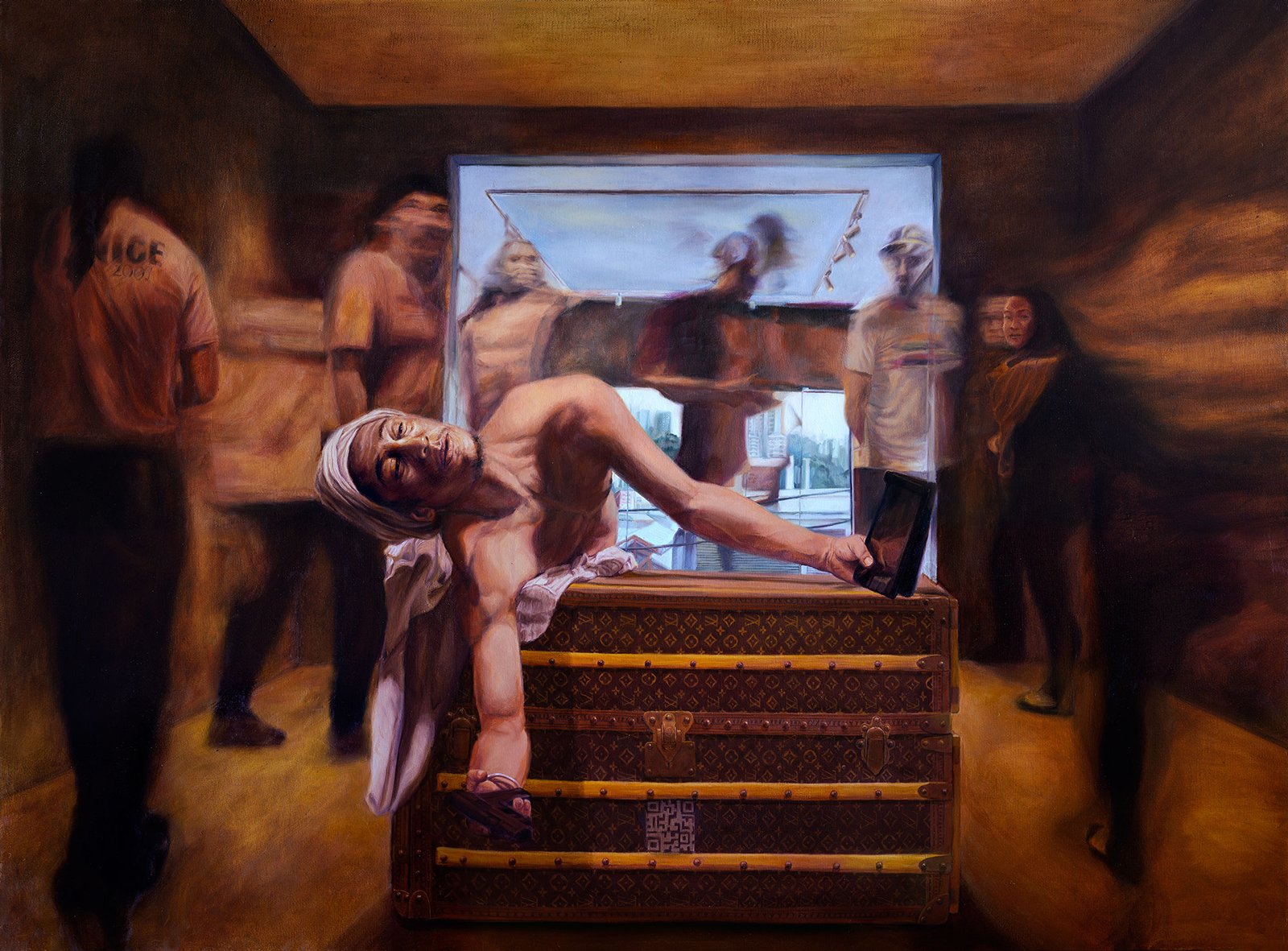 The work is inspired by the painting of Jacques Louis David called “The Death of Marat”, in this work there is the inclusion of elements from the contemporary world, among which stands a Louis Vuitton chest, a QR CODE, a Tablet and a gun.
The trunk that represents mass consumption plays the role of a bathtub, here the character Marat is bathed in lust, because the object in which he is inserted is the symbol of luxury and ostentation.The Marat´s letter, from the contemporary view, is symbolized by the tablet image, as well as the revolver image that symbolizes a pen. The use of these objects is the power that words have today in social media, reflects the reputation, the death of the individual and his cancellation.
The representation of the human figure is inspired by the photography technique called Motion Blur, here there is the painted record of movement through the blurred image of people. This duality of the human figure sometimes static, sometimes moving, raises questions about life and death, the ephemeral and the eternal.
There is also the blurred image of the human figure, a representation of shadows cast in contemporary cave bottom, this occurs when there is a connection between the physical and virtual painting through the use of technology.